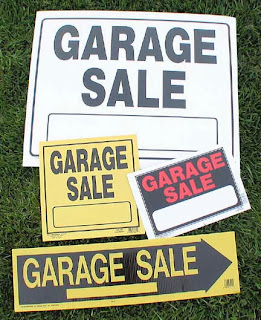 Speaking of garage sales – I’m reminded of times back in my early days of cycling when my brother, Gary, and I would jump on our Stingray-inspired, Brand X bikes (not that I wouldn't print the brand name – it’s just that I can’t remember it!) and go exploring every street, nook, and cranny of Midwest City, Oklahoma where we grew up.

We would be gone for hours. I don’t really remember our parents worrying too much. Maybe they did. But, then again, maybe the fact that they knew we were together and that the 60’s in Small Town, Oklahoma were a little more tame and worry free than the New Millennium 10’s in Big Mega City, Texas.

But anyway – there weren't too many places that Gary and I hadn't explored in our little hometown while we were out on our bicycle journeys. In fact, Gary and I actually mapped out the entire city simply by riding the streets and drawing and making notes as we rode along. I’m positive that we could have actually afforded to buy a map of the city – or even stopped by one of the local gas stations and picked one up for free – but such are the early days of two structural steel draftsmen!

As many kids did, we also collected stuff - junk to some, trash to others – treasures to many. One of our vast array of collections consisted of matchbooks. Many of our trips netted us a bountiful catch and a wide assortment of matchbook covers – there for the taking in the gutters and ditches along the sides of the roads. (Okay, so we weren't into collecting the high-dollar stuff yet!  We were just two young boys in the middle of Oklahoma, remember?)

During this time, many of our neighbors woke to the sounds of their newspaper landing on the front porch before the sun came up each morning. A newspaper precisely pitched from the street in most cases. A few remember waking up to the sounds of shattering glass – the not-so-precisely pitched delivery. Nevertheless, the trusty steed with butterfly handlebars, banana seat and extended sissy bar zipped through the streets and driveways of predawn in that little town in 60’s Oklahoma, faithfully delivering the daily news.

Exploring and mapping small-town streets, collecting matchbooks and delivering the morning newspaper – where is this little story going? Nowhere, I guess. I thought we were going to talk about garage sales. 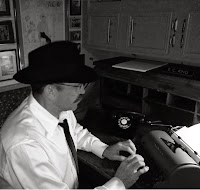 Enjoy the Ride!
Posted by Freewheelin' Dave at 12:53 PM
Email ThisBlogThis!Share to TwitterShare to FacebookShare to Pinterest