Dolores hadn’t had a cigarette since right before she walked into the hospital to identify her son’s body. She hadn’t really even thought about it. That had been three days ago – almost to the hour. She thought to herself how odd that was. She probably could have convinced herself she had more reasons to smoke a cigarette now than she had ever had before – the stress of the last three days; the loss of a son; having to identify the body; the search for the killer – with pretty much no clues as to who he or she or they were. Any truly dedicated smoker would have worked their way through the better part of a carton in thirty-six hours under those kinds of circumstances.

Once again, Dolores found herself walking towards the Riverside Cemetery – a journey she makes any time she needs the comfort of an old friend. The same journey she made a little more than thirty-six hours ago when she got the phone call from the police that her son had been killed and they needed her to come to identify the body. Riverside Cemetery is located on the bank of the West Fork Trinity River – just shy of two miles from Dolores’ house. But whenever she found herself in one of these moods, she didn’t mind the walk. It was comforting.

At about the half-way point, rows of family residences make way for about eight blocks of commercial establishments along each side of the road – mostly little Mom and Pop stores, the bulk of which are antique shops; a Laundromat; a donut shop; two nail salons; a barber shop; Jackson’s Pawn and Jewelry; half-a-dozen empty spaces for rent; and Qingzhao the Fortune Teller – Palms, Cards and Tea Leaves. 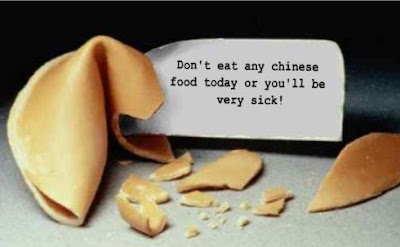 As Dolores crossed the intersection and was headed in the direction of the fortune teller’s shop, she could see the owner taking her signs and displays, which usually line the sidewalk outside her shop, inside for the evening. Qingzhao, a little Chinese woman barely four foot eight if she could stand up straight, was on the plus side of eighty and still operated her shop by herself five days a week. She was lucky to see two or three customers a day. She always had a smile for Dolores when she saw her walk by – as she did for everyone. And, as she also did for everyone that passed by, she would cheerfully chant, “Fortune for you. Fortune for you.  Good fortune for you today.”  And Dolores would always return her smile and reply, “No thank you. Not today.”

But today, Dolores thought differently, and then said, “Sure. Why not? But aren’t you about to close?”

Qingzhao excitedly replied, “Your special day. I do quickly. You see. Good fortune to you,” as she disappeared inside the front door to her shop – only to quickly reappear with a cookie jar. She opened the top and said to Dolores, “Take one. Quickly.”

“Take one quickly,” repeated Qingzhao while she insistently shook the jar in front of Dolores.

Dolores peeled the wrapping off of the fortune cookie, cracked it open and pulled out her fortune: EYES ARE THE HEART OF THE SOUL.

“Eyes are the heart of the soul. What the heck is that supposed to mean?”

“You see? Good fortune for you today!” and the fortune teller grabbed the last of her fortune telling stuff and went inside and locked the door.

Dolores stood there for a few moments, waiting to see if the fortune teller was going to return. Nope. She looked back down at the piece of paper in her hand, shook her head and silently chuckled to herself, “Crazy lady!” She opened her purse, dropped the fortune inside, pulled out a cigarette and lit it as she continued her walk to the cemetery.

“You’ve got a lot of nerve calling me out of the clear blue after seven years!” shouted Louise into her telephone.  “And, in addition, you want to ask me a favor? Are you for real?”

Sherry could almost feel the heat coming out of the receiver. She had expected no less.

Sherry and Louise had known each other since they were four years old – when Sherry’s family moved in across the street. Sherry was born in March of 1972 and Louise was born in May the same year. Sherry had a brother, Kyle, who was two years older than she. Louise also had a brother, Winston, who was also two years older. Sherry’s father, Don, worked as a custodian for the Hotel Monteleone. Louise’s father, Larry, worked at the Ford dealership on the west side of town – actually in Metairie. Neither Sherry’s mother, Alice, nor Louise’s mother, Marie, had jobs outside of taking care of their respective households. Sherry and Louise became friends almost immediately – the very same day that the moving truck pulled up in front of the house that Don and Alice had just leased (with an option to buy) directly across from Larry and Marie. And almost as quick as immediately, the two girls began sharing every aspect of their lives together – from dolls and crayons in their younger years all the way to hopes and dreams as they neared the end of their teenage years. Along the way there were all the usual girl issues and traumas and heartbreaks and secrets and boys this and boys that and – all the things that “best friends forever and ever and ever” share with each other. Somewhere in the early teens, Louise and Sherry discovered the world of Voodoo. At first glance, it might have appeared as the normal curiosity of two young girls just falling in with the novelty of the idea – like kids bringing out the Ouija board at a party. Just some harmless fun. But for Sherry and Louise, it rapidly rose to a level beyond novelty.  Sherry and Louise were excellent students – both in school and in the world of New Orleans Voodoo. They had the knack. The calling.

Kyle died in a car wreck in 1988 during his senior year in high school. Winston died the day after the girls graduated from high school – freak accident at the furniture warehouse where he worked involving a fork lift and case of beer. Louise’s mom and dad got a divorce within a year after Winston died – Marie ended up moving back to Chicago to live with her parents and was killed when she stepped out in front of a taxi while crossing Michigan Avenue; Larry ended up marrying one of the dancers at a bar in the French Quarter and they had three more kids together within four years but then one evening, as he walked in the door after coming home from work, he slipped on one of the kids’ toys and crashed into the coffee table and broke his neck. Don and Alice went to Nashville and recorded a Country and Western album and were in a bus on their way to the first stop on a fifty-five city tour to promote the new album when the landing gear fell off of a plane flying 35,000 feet overhead and crushed them to death. A month after graduating from Ben Franklin High School, Louise walked across the street to Sherry’s house, went in the front door without knocking, as usual, and headed to Sherry’s bedroom. As Louise opened the door – there was Sherry – and there was Louise’s steady boyfriend (hoping to be fiancé at some point in the very near future) – in bed together!

Antananarivo, Madagascar – Longtime Fort Worth resident and well known physician, Dr Alphonse Baroovra has been missing for over four weeks now and is presumed to be dead. While on a cycling tour of Madagascar, Dr Baroovra went missing within the first week of his planned, two-week tour of this island republic off the southeastern coast of Africa…

Posted by Freewheelin' Dave at 1:12 AM
Email ThisBlogThis!Share to TwitterShare to FacebookShare to Pinterest