Riding with the Speed of Lightning

Young John Waldenthrottle’s  J.C. Higgins ten-speed special was propped up on its kickstand about  twenty feet away from where Young John himself was sitting at the base of an oak tree out at Resthaven Cemetery. He was about three-fourths of the way into eating his cold cut combo on wheat when he found himself engaged in an unexpected conversation with the winged horse, Pegasus, who had explained to Young John that he was on a quest to try and locate his mother.  They exchanged a handful of sentences elaborating on why and how and where and what for and how long and when was the last time and other such stuff before Young John paused to take another bite of his cold cut combo. He chewed the mouthful of sandwich three or four times and then, without swallowing, managed to mumble, “So what does your mother look like?”

As Young John began chewing again, Pegasus replied, “Well, I'm told that she’s kind of an attractive woman – maybe hindered slightly by the fact that she has horrid fangs and her skin is somewhat covered with scales. And uh, well– her hair is basically hundreds of grotesque, venomous snakes hissing and writhing about constantly. She usually complains of having a bad hair day. But other than that, I hear she’s a sweetheart.”

Young John swallowed then said, “You know Peg, I'm not so sure that it's such a good idea that you should be wasting your time searching for her. Now I don't wanna be dissin' your mom or nothin' but... it kinda sounds like to me that she could be one of the Gorgon sisters - maybe even the biggest, baddest Gorgon sister of them all - the one they call Medusa!"

Pegasus’ eyes lit up and he exclaimed, “Medusa! Yes, Medusa! That’s my mother’s name! Have you seen her?”

Young John was about to tell Pegasus that he obviously hadn’t ever seen his mother because he was still a living, breathing, flesh-covered being with squishy internal organs and still-liquid blood traveling through his unseen freeways of veins and arteries and that he was able to talk and walk and think instead of being a big old dumb chunk of solid stone but before he could begin to speak those words, Pegasus’ gaze shifted from looking directly at Young John’s eyes to looking at some point behind Young John.

As Pegasus’s eyes lit up even brighter than before, he shouted, “MOM!”

Young John Waldenthrottle dropped the remaining portion of his cold cut combo and froze. He stared straight at Pegasus – forcing his eyes to not move one fraction of the smallest fraction possible in either direction. Seconds seemed to turn into hours. Young John slowly forced his eyes to lower and look toward Pegasus’ hooves. He could have sworn he heard a faint crackling sound come from that location. A faint crackling sound made by the transformation of hooves and hair-covered legs gradually hardening to sculpted rock. The transformation then moved upward, slowly engulfing the torso of the horse, the neck, the tail, the head and finally the pair of outstretched wings, leaving Pegasus frozen for all eternity in a majestic failed attempt at flight.

Half a second later, Young John Waldenthrottle bolted toward his J.C. Higgins ten-speed and, without the slightest notion of looking over his shoulder, jumped on and rode out of Resthaven Cemetery with the speed of lightning.

No chance at all to Enjoy the Ride!

Out at the western edge of the cemetery where it backs up to the thick woods, Melvin Curtis the groundskeeper was busy mowing the grass. He was driving the cemetery’s brand spanking new, mega-impressive John Deere ZTrak  Z970R, 35-horsepower, 72-inch deck, Zero-Turn riding mower – while texting on his phone, I might add – right up until he came to an abrupt stop that killed the engine and somersaulted him off the front of the mower. As Melvin lay there on the ground, collecting his thoughts and trying to snap back to reality, he found himself staring into a familiar face. ‘How strange,’ he thought. 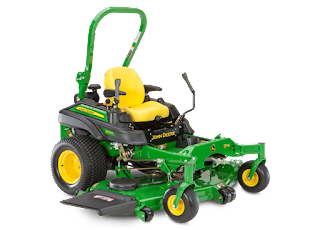 Melvin sat up. He looked at the mower. He rubbed his eyes a little and then looked down toward the front of the mower. The familiar face belonged to Carl Simpson – Jacob and Margaret Simpson’s boy. Melvin had gone to school with Jacob and Margaret back when they lived in Oklahoma – her name was Barfield back then. After Jacob came back from being in the Army, he and Margaret got married. About nine months later, Carl came along. Several years later, Jacob and Margaret were killed during a robbery at a restaurant. Carl took it pretty hard. He wanted nothing to do with Oklahoma anymore so he moved down to Texas. Also had his parents’ bodies shipped to Texas and buried in Resthaven Cemetery.

Posted by Bertha Ashtabula at 10:47 PM
Email ThisBlogThis!Share to TwitterShare to FacebookShare to Pinterest