It was truly amazing how many people were outraged at the tragedy that befell J.P. Bugtussle. For someone who had basically lived a lifetime as a recluse – with just a smidgen of blossoming towards caring about his fellow man (and woman) in the last few months/days/moments of that life – his death really seemed to have left an impact in nearly every part of the world. Newspapers everywhere were emblazoned with front page headlines documenting the horrific incident. The assassin quickly rose to the Number One spot on the FBI's Most Wanted List - even though no one had a clue as to who this person was.  The flags at every bank and roller skating rink were flown at half-staff. The coffee shop where J.P. had been having breakfast the last few weeks of his life had a sign on their front door: CLOSED INDEFINITELY. Suffice it to say, the entire world was in a state of mourning. 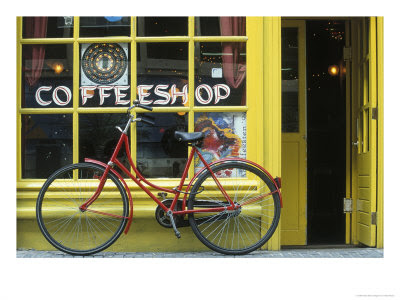 J.P. Bugtussle’s body was tucked neatly away in the morgue while the authorities investigated the case. J.P.'s mother, Dolores Bugtussle, had been visited by two officers from the police department the morning after her son had been killed. They had offered to take her to the morgue so she could officially identify the body of her son. Dolores declined the ride and told them that she would drive up in a few minutes on her own. The officers asked her if she'd like them to stay awhile - make sure she was okay. She assured them that she would be fine. She just needed a little time to put it all together in her head.

Dolores watched from the front screen door while the police car pulled away from the curb, then she turned and walked back toward the kitchen. She filled a watering can at the sink then made the rounds throughout the house, visiting all of the potted plants to make sure that they were all adequately nourished. She checked the food level in the parakeet cage hanging by the breakfast room window and determined that it was okay for the time being. She picked up the plate and coffee cup from the kitchen table and set them in the sink. She turned on the switch to the garbage disposal and watched trance-like as it swallowed the two strips of bacon, scrambled eggs and a half-eaten piece of toast that had  all gone cold while her morning had been interrupted by the police officers. She took the dish towel from the refrigerator door handle, wiped the trail of a tear that had begun flowing down her cheek, and then headed down the hall to her bedroom to change clothes.

A few minutes later, Dolores pulled her front door shut, checked to make sure it was locked, walked to the end of her porch, down the steps and got in her car. Sitting behind the wheel, she turned the key in the ignition, rolled down the driver's side window, lit a cigarette then backed out of her driveway. She swung much wider than she normally would have – just barely missing nearly taking out the neighbor’s mailbox – put her car in drive and headed south on Elm Street toward uptown.

When Dolores got to 15th Street, she turned right. She made a mental note of the sale items advertised in the windows of the grocery store. She’ll need to stop by there on her way back home. About two-and-a-half miles later, she turned left on Knob Hill Drive followed by another left on 14th Street. At the point where 14th dead-ended into Lanark Drive, she pulled into the drive at the back of the hospital and parked next to the canopy by the doors. She opened the car door as she took one last drag on her cigarette. As she inhaled, the hot August air mixed with the smoke and nicotine and she felt her lungs ignite with fire. She thought to herself, “Wonder if I should switch to menthol?” Crushing the cigarette butt to the pavement, she walked through the rear entrance and pressed the button to the basement elevator.


Meanwhile, back at the police station, a couple of detectives were sorting through the items in J.P.’s possession when he was killed. His wallet was a basic kind of wallet that one could pick up at any department store – and not even real leather at that. It contained an ID card (no driver’s license), a Social Security card (NOT laminated as clearly instructed in fine type on the card), a photo of his mother, and $2,100.00 in hundred dollar bills – along with a ten and three ones. Tucked in one of the slots where one would normally put credit cards was a toothpick – used – one end used so much that it was pretty much useless any more as a toothpick. From his pants pocket they retrieved a ring with three keys on it, some change, and a small notepad – with nothing written on it. Someone had said he had been wearing some sun glasses, but they were nowhere to be found.

Then the detectives started going through J.P.’s bike bags…

Posted by Bertha Ashtabula at 10:25 PM
Email ThisBlogThis!Share to TwitterShare to FacebookShare to Pinterest