As Detective Arnold Bass was skimming through the latest issue of Sports Illustrated while sitting on the toilet in the bathroom of his one-bedroom apartment, he heard the sound of someone loudly knocking on– (This is a lousy way to begin this installment of the story. Let’s start it over a little bit differently.) 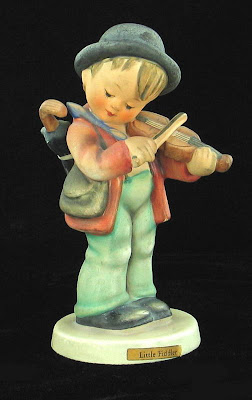 Detective Bass and Dolores  Bugtussle were sitting, arm in arm, on the sofa in Dolores’ living room watching and old black and white movie, snacking on micro-wave popcorn and drinking a couple of lite beers.  Just as Arnold was picking up the remote control to adjust the volume a tiny bit higher, a loud rapping on the front door pierced the ambiance of the moment – startling both of them to the point that the bowl of popcorn, which had been sitting on Dolores’ outstretched legs, was catapulted into the air and emptied its contents all over the coffee table and surrounding area. Simultaneously,  Arnold jerked and flung the remote control across the room and knocked over two of the porcelain figurines on the shelf above the television set. The Hummel fiddler and trumpet player went crashing to the floor adding their little broken selves to the scattered popcorn mixture. Meanwhile, Arnold and Dolores were acting like they were a couple of teenagers that just got caught in the backseat of their dad’s car parked behind the church building at eleven-thirty at night. Again – the rapping on the front door. Dolores looked at Arnold, paused a few seconds, then finally stood up and walked across the room.

Dolores switched on the porch light and opened the front door.  Peering through the glass of the storm door, she focused on the sight of the woman who was in the process of going back down the front porch steps but, upon realizing that someone was actually home and was answering the door, had stopped midway and turned around to look back towards the door.

Dolores made her out to be around forty years old – rather tallish – perhaps five eleven or maybe six even – hard to tell for sure since she had descended two of the porch steps. “Yes. Can I help you?”

As the woman returned to the deck of the porch and approached the front door, she smiled and said, “Hi – you don’t know me. My name is Sherry Castle. I live in South Carolina and I knew your son. Well, I sorta knew your son.”

Dolores replied with a smile, unlatched the storm door and invited Sherry into her home. She introduced Arnold – letting Sherry know that he was one of the detectives working on the case. Sherry then relayed to them how she had seen the news of JP’s death on the internet and immediately booked a flight to DFW airport. She had done a search and found Dolores’ address but no phone was listed so she just took a chance and stopped by the house.  She explained how she and JP had met, fifteen years ago when he had called to inquire about purchasing the roller skate and bearing company where she worked. They had become good friends over the phone during that time and had even attempted to meet in person once a few years back but that it didn’t work out. He had never visited the company once he bought it and pretty much just let it continue running the same way it had ever since she had worked there.

Arnold went into the kitchen to fix some more popcorn – and to get a broom and dustpan.

On the upper east side of town, the light from the television and the sounds of the ten o'clock news were all that barely gave life to the living room in the bungalow belonging to Dr Alphonse Baroovra.  Dr B (as all of his staff – and most all of his patients – called him) was slumped down in his huge, overstuffed lounging chair with a bowl of popcorn in his lap and a room-temperature mug of beer leaving another ring stain on the wooden top of his end table. The windows were wide open with a varied assortment of six-legged creatures all basking in the cool spring-time air, perched on the screens while searching for ways to journey closer to the light source – all completely oblivious to the fact that the pictures on the television screen were of the Chernobyl nuclear power plant which had exploded just the day before. Any bug worth its three pair of shoes would be smart enough to stay away from something like that – even if it was only a picture on a television screen. As the news coverage shifted to comments by President Reagan, Dr B reached for the remote control in order to adjust the volume a little bit louder. At the exact same moment that he clicked the button on the remote, someone started knocking on the front door. He paused a few seconds and then finally stood up and walked across the room. 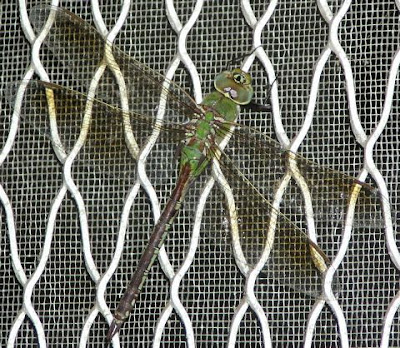 Dr B switched on the porch light and opened the front door.  Peering through the glass of the storm door, he focused on the sight of the lanky, teenage boy who was in the process of going back down the front porch steps but, upon realizing that someone was actually home and was answering the door, had stopped midway and turned around to look back towards the door.

“JP? Is that you? What are you doing out so late?”

(Almost everyone called him Dr B – with the exception of his favorite student – young JP Bugtussle!”

Posted by Bertha Ashtabula at 11:49 PM
Email ThisBlogThis!Share to TwitterShare to FacebookShare to Pinterest