Jimmy had worked at the Uptown Coffee Shop since his sophomore year of high school. He started out being the custodian more than anything else. Gradually they let him start working behind the counter – at first just making coffee and eventually, after nearly a full year, actually waiting on customers also. It was only then that they hired another flunky to take care the cruddy cleanup work – Lewis – who could really care less if he had a job or not but was just doing this because his Ol' Man said it was “either get a job or hit the road.” Lewis fully intended to hit the road as soon as he had the cash to do so – but since no one was just walking up to him with endless offers of free money, the Ol’ Man gets to win. Meanwhile, Lewis gets to clean the floors and pick up trash and mow the grass and trim the hedges and do whatever other disgusting job they can think of at the Uptown Coffee Shop.

Now, Jimmy was a good employee and he took pride in his work. It really bugged him to no end to see the sloppy work ethic that Lewis possessed – especially when it came to the outside of the shop. Half the time Lewis didn’t even bother to pick up the trash before he mowed – thus creating an even bigger mess of shredded trash – which he pretty much ignored also. Even though the coffee shop was currently closed indefinitely, Jimmy and Lewis came in for a couple of hours to tidy up the place and do the yard work. And, just like every other time after Lewis had mowed the grass, Jimmy couldn’t stand it and went out to do a little "touch up" work in order to bring the appearance up to his own standards. Apparently Lewis had run over half a dozen Styrofoam cups right next to the hedges growing along the sidewalk near the street. It almost looked as if someone had flocked them with fake snow as part of some Christmas decorations four months too early. As Jimmy was raking the pieces of shredded Styrofoam out from under the hedge, he loosened an object that wasn’t the normal, run-of-the-mill sort of trash. It was a little black bag. He reached down and picked it up. It was the kind of bag that goes on a bicycle, either on or right behind the handlebars. He opened it up. Inside there was a packet of cookies, a pair of sunglasses, a ball point pen, a small spiral notepad, and a handful of business cards. Jimmy’s eyes widened as he read the name - the first time to himself and then he repeated it out loud - “J. P. Bugtussle!” He immediately ran inside to call the police.

At the same time that Jimmy was calling the police, down in the basement at Baroovra Memorial, the coroner was placing the sheet back over J.P.’s head. Dolores was making a valiant, but failing effort to hold back the tears. Just then, Detectives Arnold Bass and Herman “Sal” Salamander came through the double doors into the morgue. They introduced themselves to Dolores and then the coroner confirmed that she had made a positive I.D. of the body. At that moment Dolores lost it. She collapsed to the floor. Detective Bass just barely was able to catch her head before it made contact with the concussion-inducing concrete floor. He picked her up and carried her outside into the hallway. 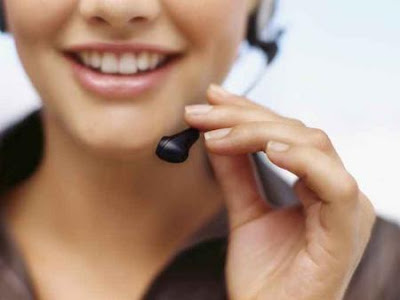 “Clevenger Skate and Ball Bearing,” greeted the voice on the telephone, “this is Sherry.”

“Hi Sherry, my name is J.P. Bugtussle,” came the reply on the other end. “I’m calling from Ft Worth, Texas and I’m interested in buying your factory. Is it still for sale?”

“Why, yes, it most certainly is. Would you like me to connect you with Mr Clevenger?”

“Yes ma’am, if you don’t mind. What did you say your name was again?”

“Nice talking to you Mrs Castle."

“Hold on Mr Bugtussle. I’ll tell Mr Clevenger that you’re on the line.”

Sherry put Mr Bugtussle on hold and then buzzed Nathan to let him know that he had a prospective buyer on line one. Nathan Clevenger Junior had decided it was time to retire. He had owned the place ever since Nathan Sr passed away at the young age of 53 back in 1962 – thirty-five years ago. His own son, Edithion (God how Nathan hates that name! But, anything to keep his wife, and his mother-in-law, Edith, happy.  For years Nathan got away with having everyone call his son Ed. But when Ed got to high school, he thought it would be cool to go by his real name so, ever since then, he’s forced people to call him by his given name - Edithion. Nathan absolutely hates it!) - anyway, Edithion has no desire, nor the brains for that matter, to own the company. He doesn’t do too badly in keeping the shop moving along on schedule but that’s about the extent of his capabilities. So now Nathan’s plan is to find a buyer who will keep the shop intact and retain the current staff. At least that’s what Sherry and the rest of the employees are hoping for.


After Dolores had passed out, Arnold carried her out into the hallway and sat her down in one of the chairs that lined the wall. He knelt down beside her to steady her and then sent Sal off to get some water or coffee. After about five minutes, Dolores began trying to open her eyes - slowly at first, and then rapidly blinking a few times to try and identify the blurry figure in front of her. For a few moments, the person looked exactly like the bluish image on the cover of Bob Dylan's Greatest Hits album - the first greatest hits album - minus the lettering of course. After a few more moments, as she was getting closer to regaining consciousness and a little bit clearer eyesight, Dolores realized that it was Detective Bass who was coming into focus in front of her.

As Dolores worked at becoming fully conscious, Sal cam walking down the hall with two bottles of water, one tucked in each of the front pockets of his pants, a large insulated paper cup of coffee from the cafeteria vending machine in one hand and a wad of moist paper towels in the other. She glanced up at Sal and then back toward Arnold. She started to speak - but the words weren't coming out. Arnold patted her forehead with the moist towels he took from Sal and told her to take it easy a few minutes longer - have a drink of water - be patient - don't rush it. He held onto her hand . Suddenly Arnold was clearly in focus. Dolores was starting to feel much better. Her hand felt comfortable in his.

Posted by Bertha Ashtabula at 11:05 PM
Email ThisBlogThis!Share to TwitterShare to FacebookShare to Pinterest