People say, to do well in life, one must be in constant contact with other well-to-do people – to learn the stepping stones to success, so to speak. J.P. Bugtussle didn’t think so. He started life as a child – which a lot of us do. But he was a different kind of child – which most of us are. So what was it exactly that made J.P. Bugtussle so different? 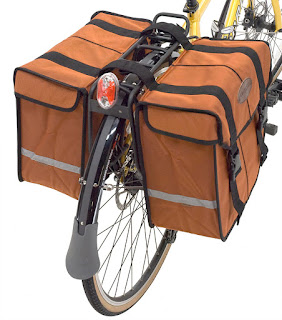 When Janiculum Peropavlovsk Bugtussle (See why everyone called him J.P.?) was eight years old, he began his career. He practiced hard at the art of conceit, deceit, and stinginess – majoring in egotism. His teacher was so proud of him that at one point he burned one of J.P.’s eyes out in order to give him a “gimmick” later in life. By the time J.P. was thirty-five, he was well on his way to millions. His tall, skinny body served as a standard by which he stacked all of his cash – right down to his quarter, dimes, nickels, and yes, even his pennies. Although he didn’t believe in banks, he had bought a total of 132 of them by the time he was thirty-six. But oddly enough, he kept all of his money hidden at home – with a good healthy amount of it stacked in the panniers of a bicycle that he had never ridden. In addition to his bank purchases, he had made several other real estate acquisitions – including a roller skate and ball bearing manufacturing plant in Coward, South Carolina. He was a bit eccentric – to say the very least.

By the time J.P. was thirty-seven, he had met only a total of three people – his mother, his teacher and a famous folk singer who was the son of some other famous folk singer. Due to this little fact, it was obvious that J.P. had never married – he figured it would only lead to financial problems. But, in fact, it only led to worse problems. Since he didn’t go out into public, he didn’t have a wife to pick out and buy clothes for him. He didn’t have a wife to be his companion when nobody else would have anything to do with him on a personal level. Obviously, he was lonely.

One day, out of the clear blue, he jumped on his touring bicycle and went out into the world to make friends. Right away he was nice and kind and friendly to everyone he met. He started giving huge amounts of money to charity. He was like a new man and he loved the new life that he had found. One morning, as J.P. Bugtussle was riding his bicycle to his favorite coffee shop for breakfast, someone shot and killed him.

Posted by Bertha Ashtabula at 8:17 PM
Email ThisBlogThis!Share to TwitterShare to FacebookShare to Pinterest